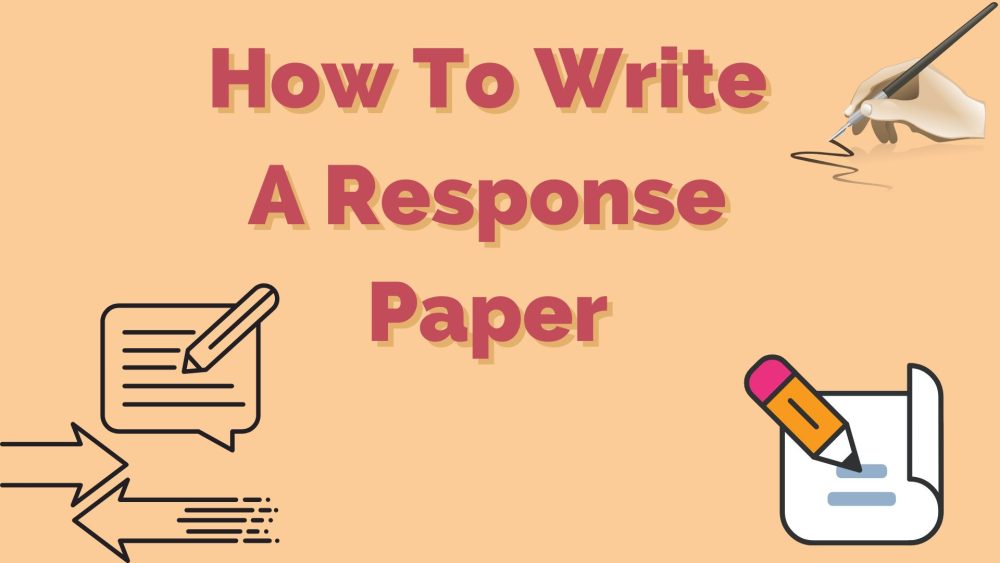 What is a response essay? Who can teach me how to write a response paper in college? These are just two of the most common questions we receive on almost a daily basis. Students are clearly having difficulties writing this type of academic paper, so we’ve decided to lend a helping hand.

Our experts have put together a long article explaining not only how to write a response paper, but also how to do a great job. We’ll talk about what this paper is and why it’s useful, as well as about the format and specific guidelines you need to pay attention to when writing such a paper.

After reading this blog post, you should be able to complete your assignment in record time and get a top grade on your paper. However, keep in mind that you thought process is very important as well. Even if you know how to write a response, it doesn’t automatically mean you will get an A+. If you want to make sure you get a top grade, you could get some professional writing help from our experts.

What Is a Response Paper?

Sounds great, but what is a response paper exactly? We’ll start with the beginning and assume you know nothing about this academic writing task.

The response paper is nothing more than a short essay that details your reaction to one or more texts. This means that you can write a paper in response to anything from journal articles and books to poems and anecdotes. Your professor will most likely tell you what to write about.

It goes without saying that you need to read the text or texts very thoroughly and note your reactions, feelings and emotions. These are the most powerful the very first time you read the text, so it’s best to write them down one by one. You’ll thank us later!

It looks like every academic has his or her own personal opinion when it comes to the response paper format. Truth be told, you can write this paper in a wide variety of ways. However, one format is clearly better than all the others. Here is how we recommend students to structure this paper:

Also, remember to always start your work with a response paper outline. This is like a table of contents and will help you stay focused on the most important talking points. Even our most experienced writers start each project with an outline. By the way, our custom research paper service is one of the best you can ever find, so don’t hesitate to ask for our help if you don’t want to write a paper yourself.

Now, it’s time to talk about response paper guidelines. Truth be told, there aren’t many guidelines to worry about. The response paper is basically written from your perspective, so it can be quite subjective. However, you need to still keep in mind that this is an academic paper. It’s best to relate to other people’s works by using adequate citations and by including references at the bottom of your paper. Here are some of the guidelines you need to pay attention to:

How to Write a Good Response Paper

Now it’s time to show you how to write a good response paper. Keep this guide close when you start working on your next paper:

Getting a Great Response Paper Example

But where can I get a response paper example that I can use? We know, finding a decent response paper sample can be pretty difficult. The Internet is full of poorly-written examples that you should not use under any circumstances (unless you want a B-). The good news is that we can help you with a great example right away. Read carefully and use our example in any way you like.

In the view of Kimball, religion has generated more violence in the human history than any other institutional force. I tend to disagree with this claim because it is significantly exaggerated. The purpose of any religion is to make people closer to God and to improve their personalities, but it indeed often happens that religion unleashes otherwise repressed violent forces in humans as they use their commitment (often fanatical) as a pretext to commit awful crimes. Nevertheless, religion has rarely been the only reason of conflicts between nations, even when Crusades or Muslim conquests are concerned. These wars also pursued political, economic and social goals, so it would not be rational to posit religious commitment as their single cause. Moreover, religion is not only responsible for the violence in the world: is has also contributed to reconciliation between nations and it is well-known that in many cases clerical figures act as mediators in political conflicts. I believe that from the philosophical and religious perspectives, violence is not always bad. During violent wars, people are more inclined to think about the most important issues of their life and death than in times of prosperity. It acts as force that makes people stronger and oftentimes urges them to show kindness to the people who suffer more than they do.

In chapter “The Creation Myth of the Wars of Religion”, William Cavanaugh examines and debunks the myth of the wars of religion, which has dominated the Western thought for centuries. The myth states that religion is inherently violent for the society and thus the solution to the problem is in building modern liberal state where religious commitment should be marginalized if not eliminated. The myth of the wars of religion is rooted in the political theory of the seventeenth century, with Spinoza, Locke, Hobbes being its most important precursors. The critique of religion enhanced in the period of Enlightenment, instigated by the European wars of religion. The myth is widely used in modern political theory to legitimize the secular Western society, where the monopoly on violence is reserved for the state only.

William Cavanaugh debunks the narrative of the wars of religion by showing the implausibility of each of its critical components. First and foremost, the proponents of the myth argue that combatants in the so-called religious wars opposed each other only on the basis of religious differences. However, as pointed out by Cavanaugh, the historical evidence of these wars provided many examples when representatives of the same confession were killing each other, while representatives of different confessions engaged in collaboration. Therefore, religious differences were not the only basis for their conflicts. Another argument that is commonly set forth in favor of the myth of wars of religion is that these wars were initiated and waged only due to religious reasons. This argument naturally implies the presupposition that religion must be viewed as separable from economic, political and social factors in the time of wars. However, relying upon historical evidence and the theories of political thinkers, Cavanaugh counter-argues that religion cannot be examined in separation from these external factors, though there are conflicting values on the measure of their importance. Another essential component of the myth of wars of religion is that the rise of the modern liberal state provided a solution to wars rather than being their cause. Responding to this claim, Cavanaugh points out to evidence showing that the shift of power to the emergent state in the seventeenth century was often a cause of wars in itself since the state building efforts were inherently conflictual, even prior to the Reformation. Therefore, Cavanaugh entirely dismantles the myth of wars of religion indicating the lack of historical support for its claims, though he emphasizes that the refutation of this myth does not imply the refutation of liberal principles in general.

Can’t I Just Pay Someone to Write My Paper?

I think I would prefer to pay someone to do my paper! We know, this paper is not easy to write. And you most definitely want to get a top grade on it. No problem, we’ll help you write an in-depth response essay that will impress your teacher. Over the years, we have helped thousands of high school, college and university students get top grades on their academic papers. Each one of our professional writers is a native speaker with a Master’s or PhD degree in a very specific field. We’ll write you the best possible paper in no time!

Our trustworthy writing service will quickly write your paper for you. We can show you how to write a response paper to a short story or how to start a response essay in minutes. Also, we can help you with analysis and critical writing. No matter what you need to write about (a book, an article, a movie, or even a poem), we will help you impress your professor. Get a unique, high quality response paper in as little as 3 hours. Don’t worry, our ENL writers are very quick and they also work during the night. Get in touch with our 24/7 customer support and order an amazing analytical paper tonight!

Now that we’ve shown you how to write response paper, you probably have some questions. If you can’t find an answer to your question in the FAQ below, don’t hesitate to get in touch with us:

Q: How long should my response essay be?

A: Generally, a response paper is considered to be a short essay. This means that you can get a top grade with around 500 words. However, you can go as short as 400 words or as long as 600 words. It all depends on the complexity of the text you are analyzing.

Q: Can I write a lecture response paper?

A: It’s not a common occurrence, but you can write a paper in response to a lecture, especially if it’s an important lecture. If your professor does not require you to write about something in particular, you could write a lecture response paper.

Q: Should I write a poem response or a response to something in prose?

Q: Can you help me figure out how to write a critical response paper?

A: A critical response paper is not much different from the average response essay. The major difference is that you need to discuss the text and its importance, not your own personal views on it. This means no first-person!

Q: Can I express my personal opinion and thoughts?

A: If you don’t have to write a critical response essay, you can include as many personal opinions, emotions and thoughts as you want. Just make sure your ideas make sense and your writing has a logical flow.

Q: Can you show me how to write a reading response paper?

A: So, Can you guys send me an article response example? Our expert academic writers are here to help you with anything you may need to get an A+. We can quickly write a sample for you. And yes, the example will be written from scratch and 100% original.

Related Posts
Writing The Results Section Of A Research Paper 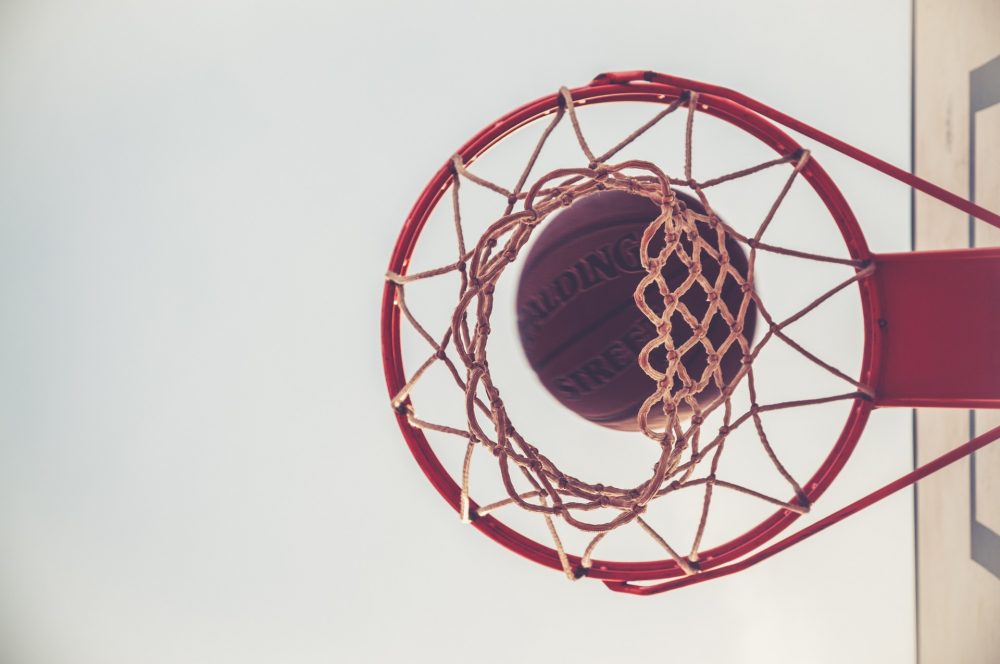 How To Write A Research Statement? Tips And Examples 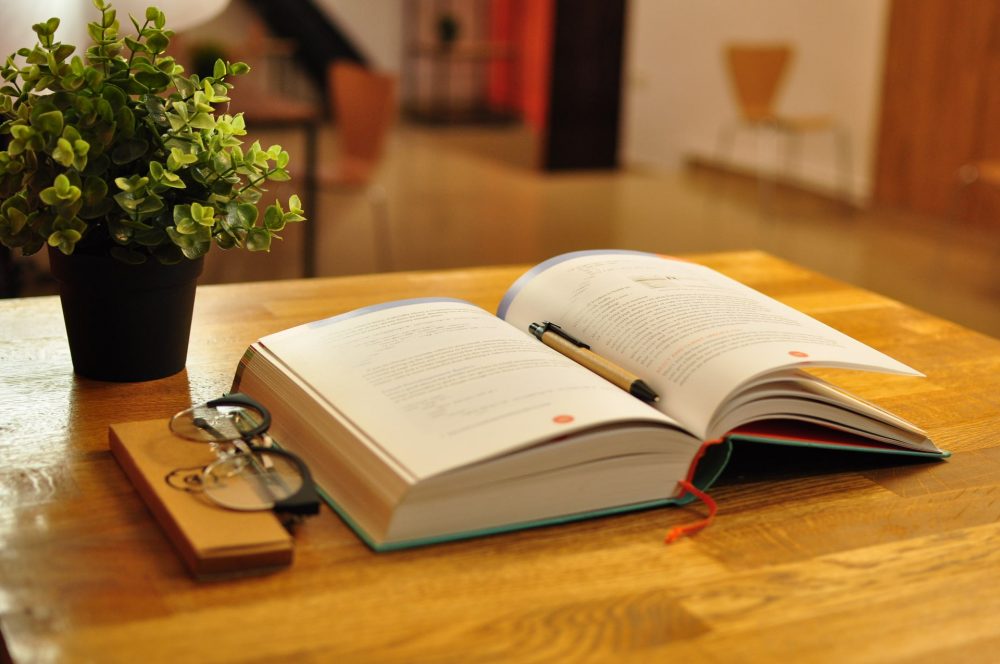 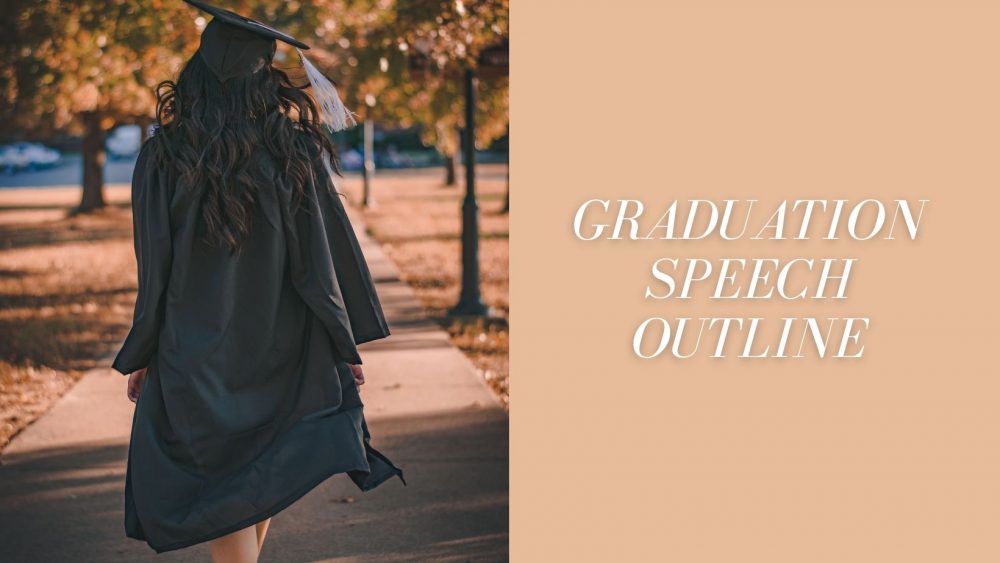 How To Write An Abstract For A Research Paper: 6 Easy-To-Apply Steps 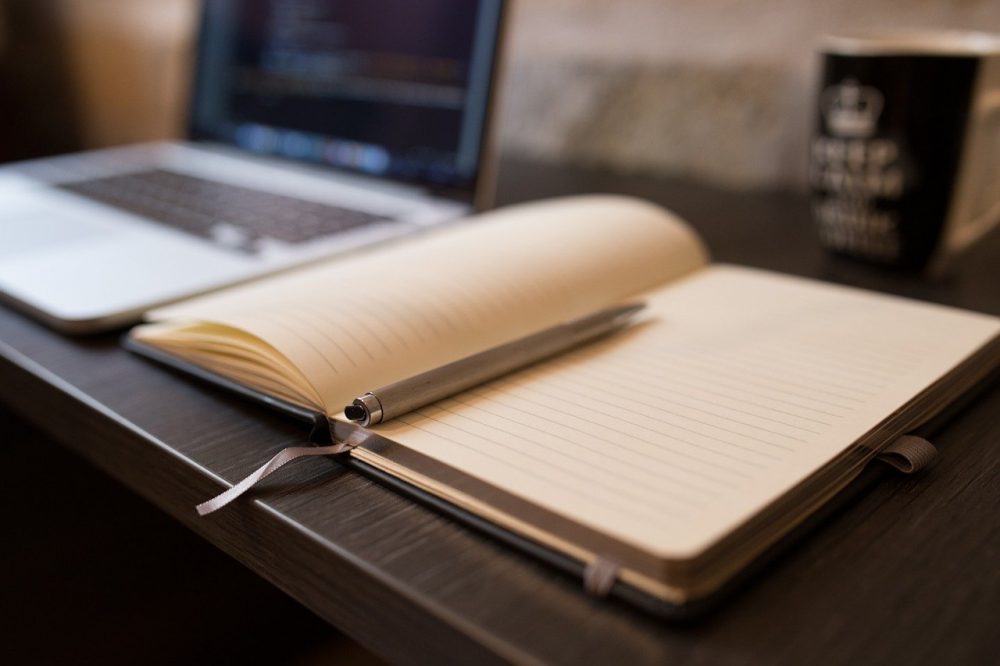 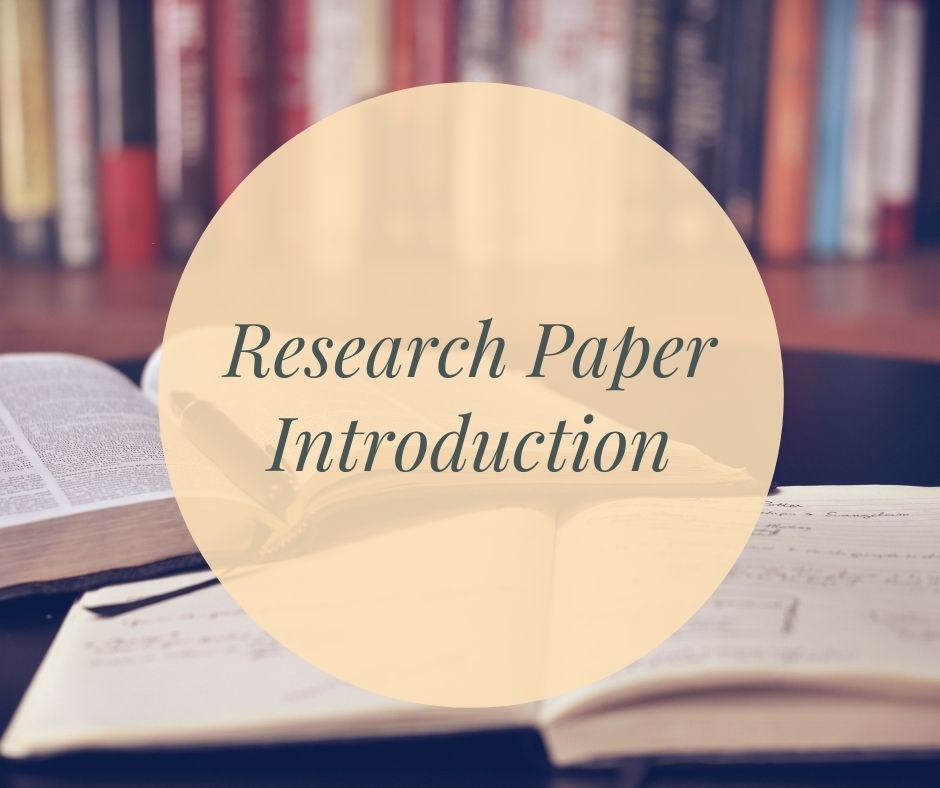 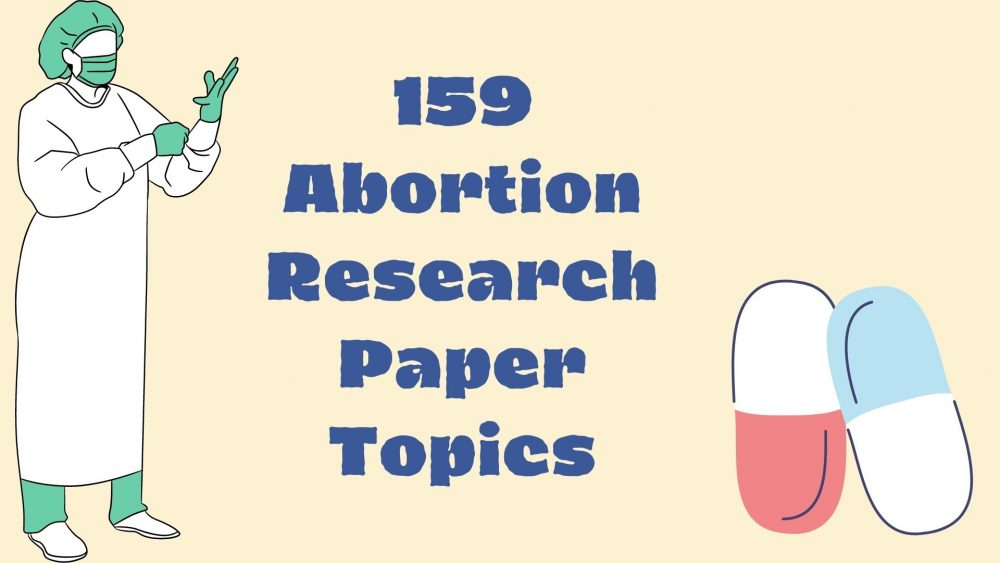 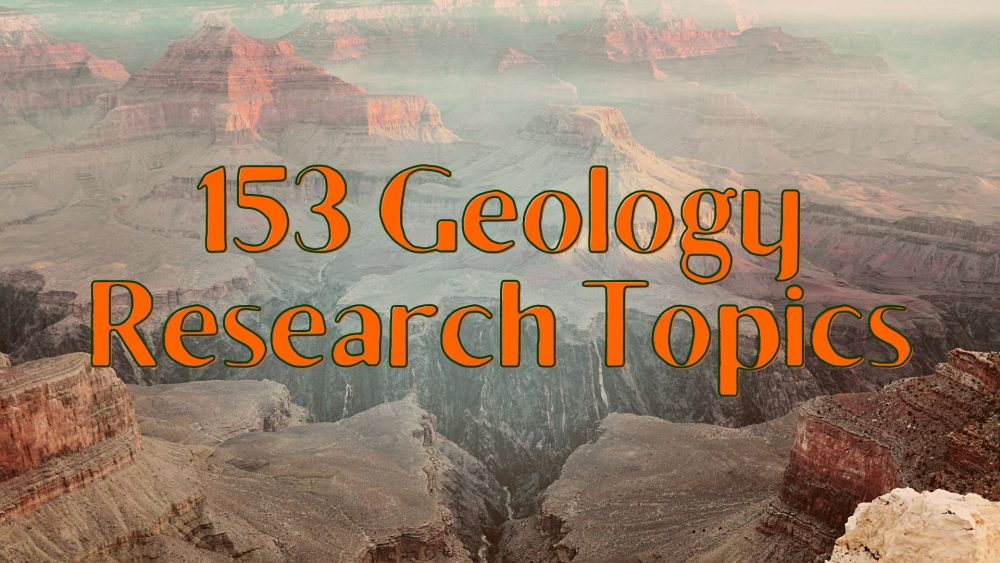 Your Ultimate Guide To Parts of a Research Paper 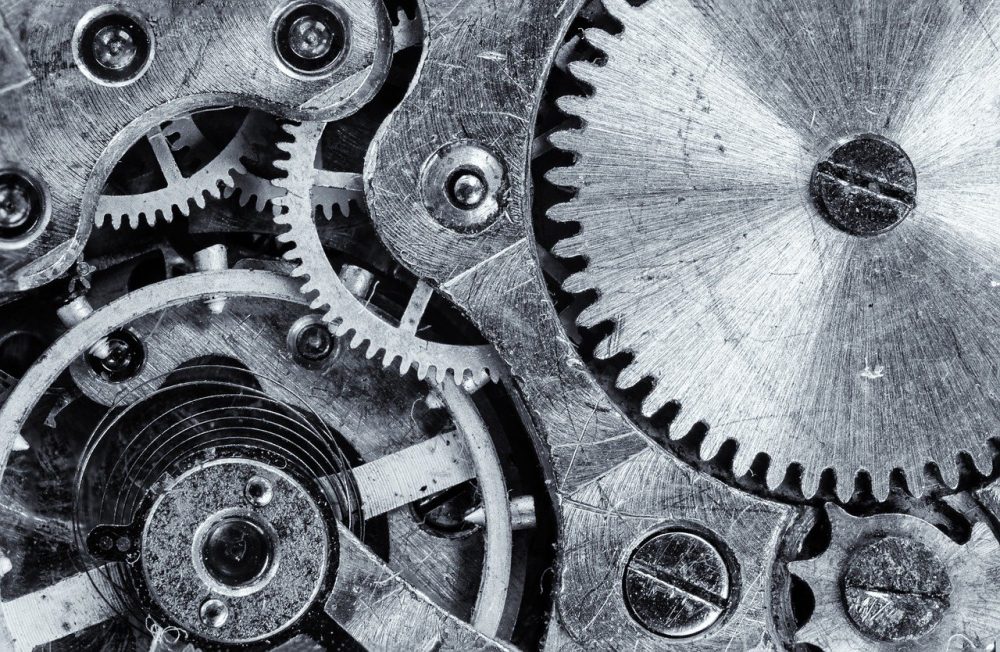 How To Write A Paper Fast: Guide To Get Your Best Result 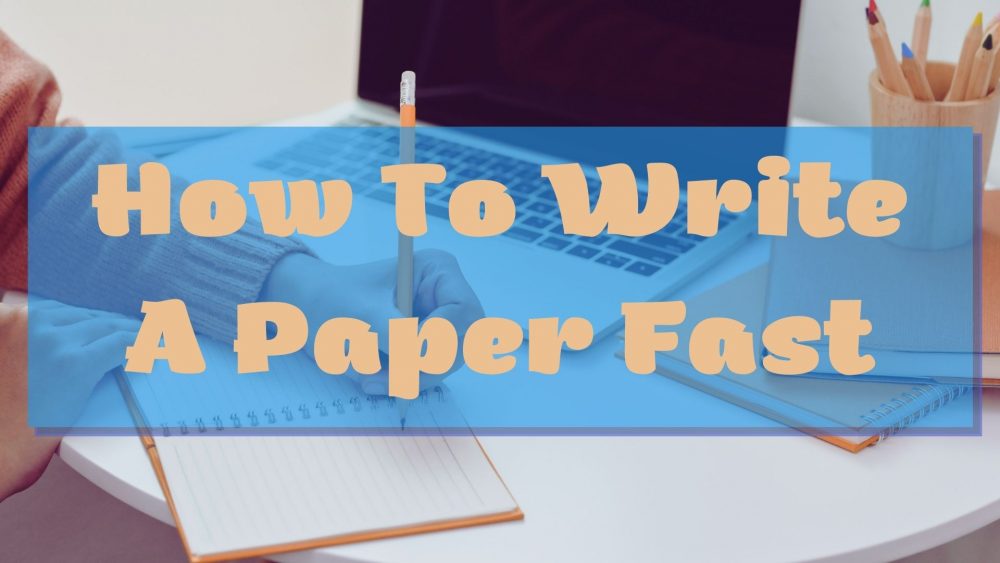 How To Write A Reflective Report: Expert Guide 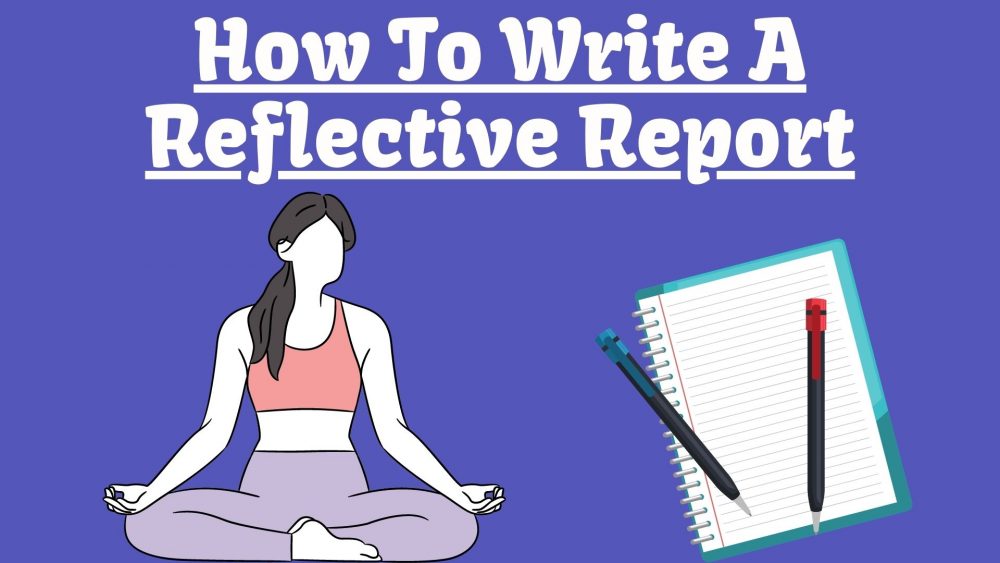 How To Revise A Paper: Recommendations From Experts 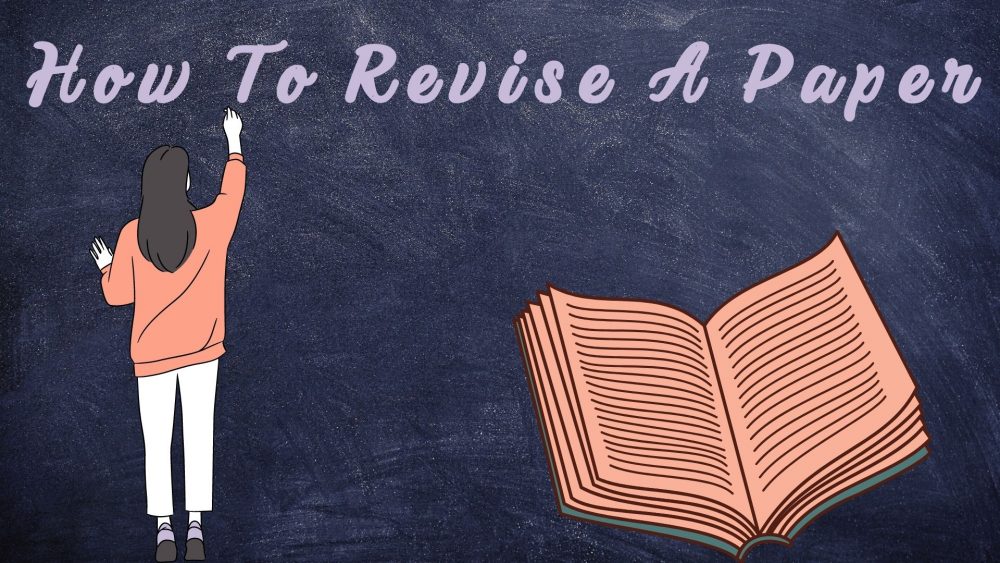 How To Cite Research Paper Correctly In Any Format 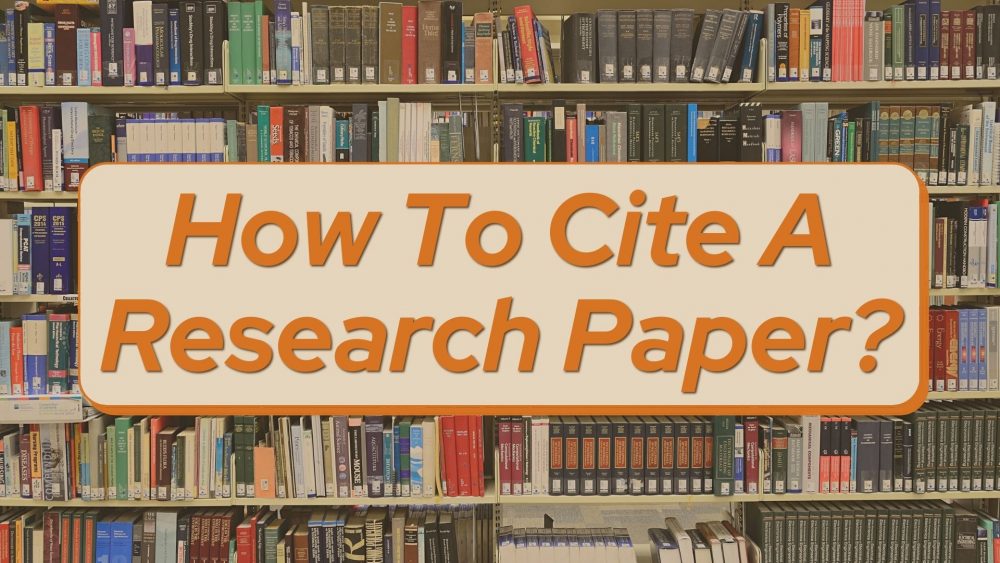 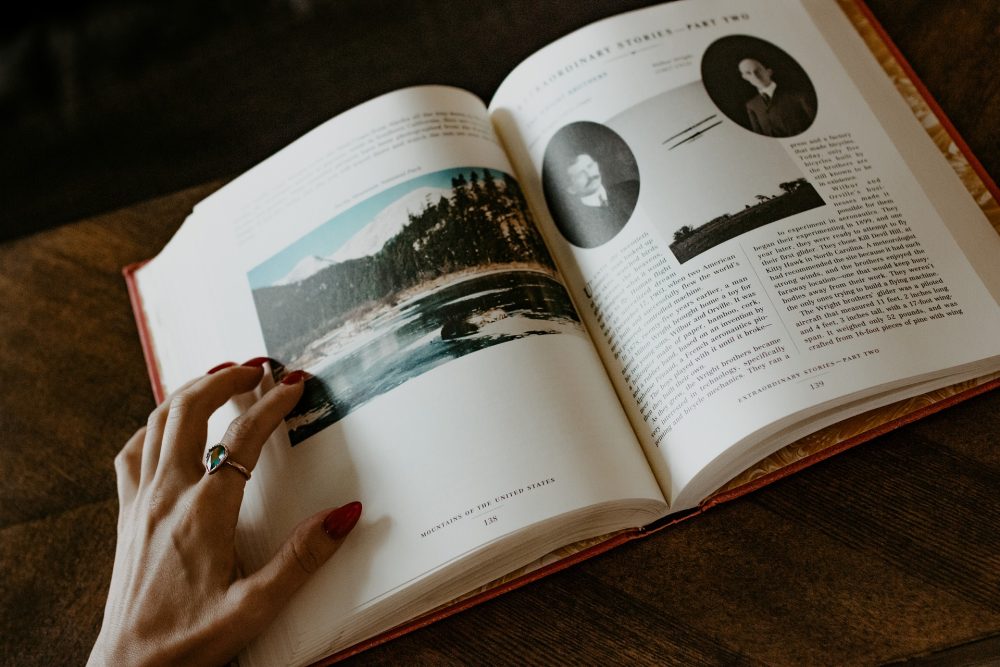 180 Art Research Topics To Wake Your Inner Creator Up 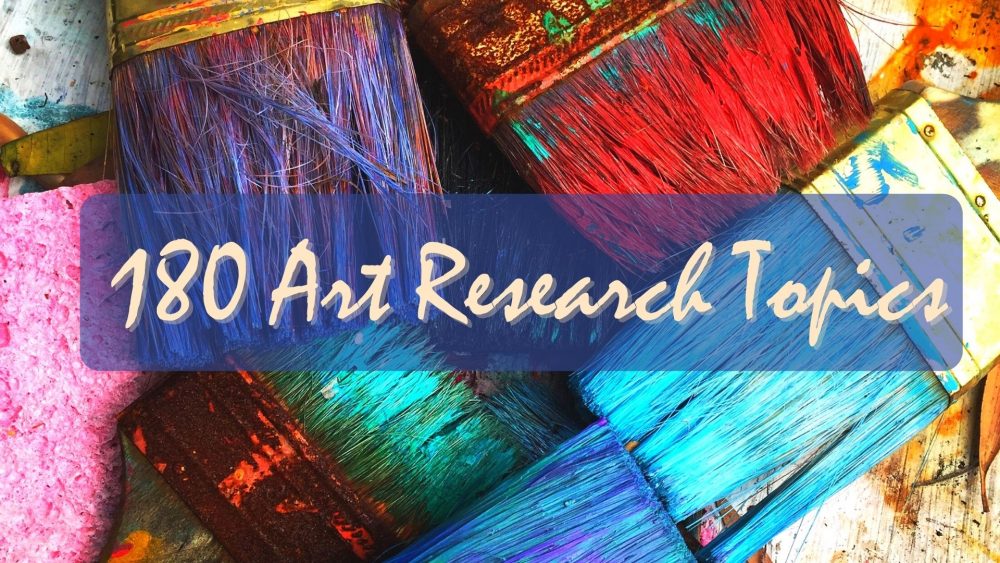 Impressive Persuasive Speech Outline For You! (2022) 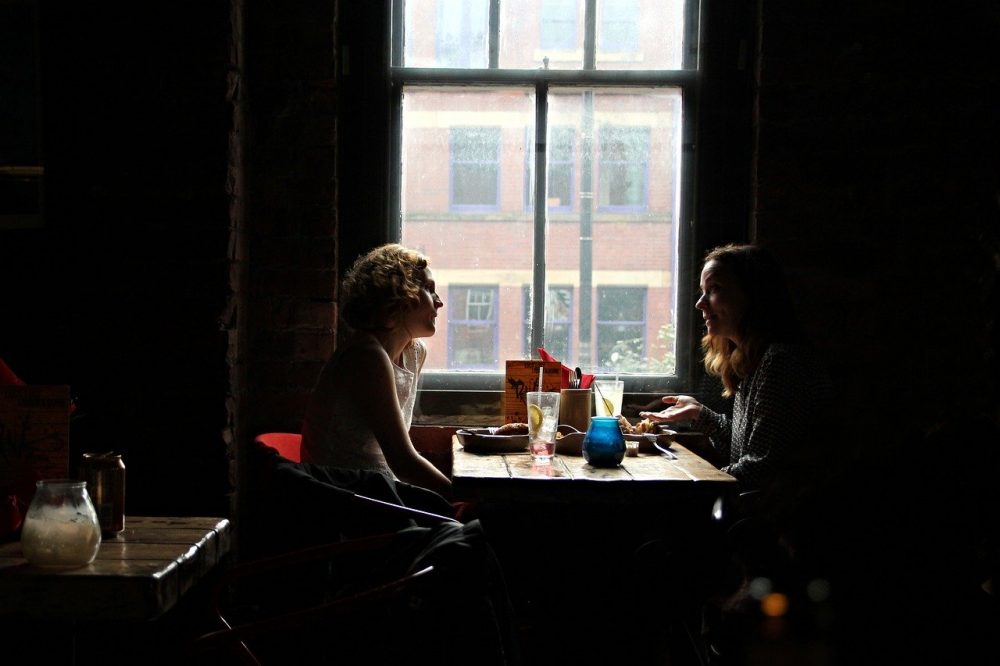 Can I Graduate if I Fail a Module at University? 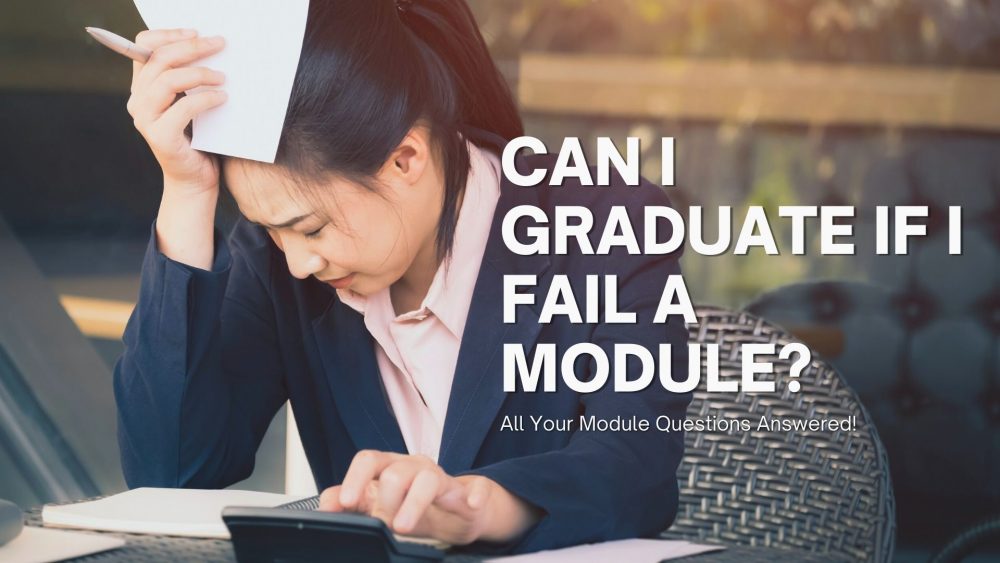 How To Prove You Didn’t Plagiarize To Your Teacher 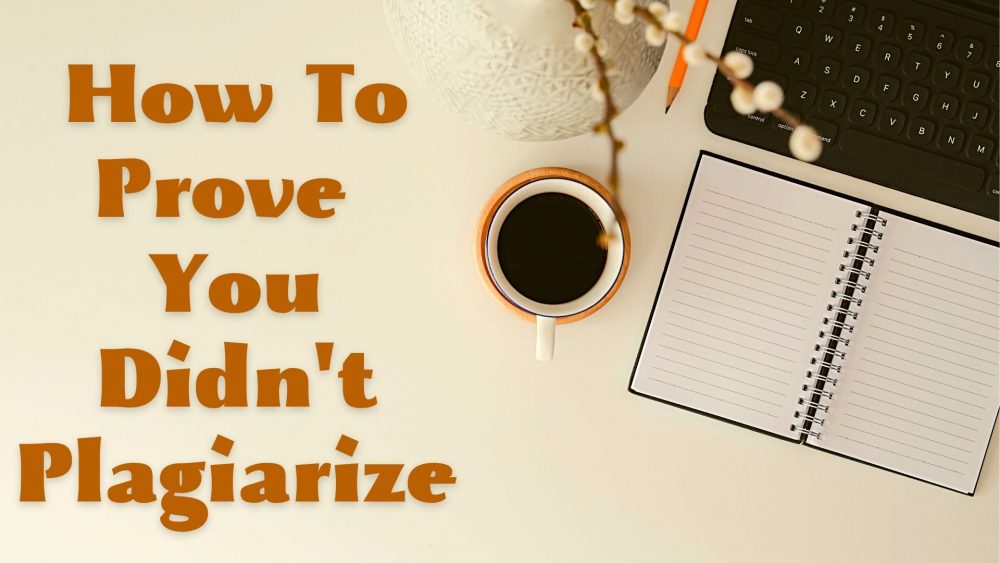 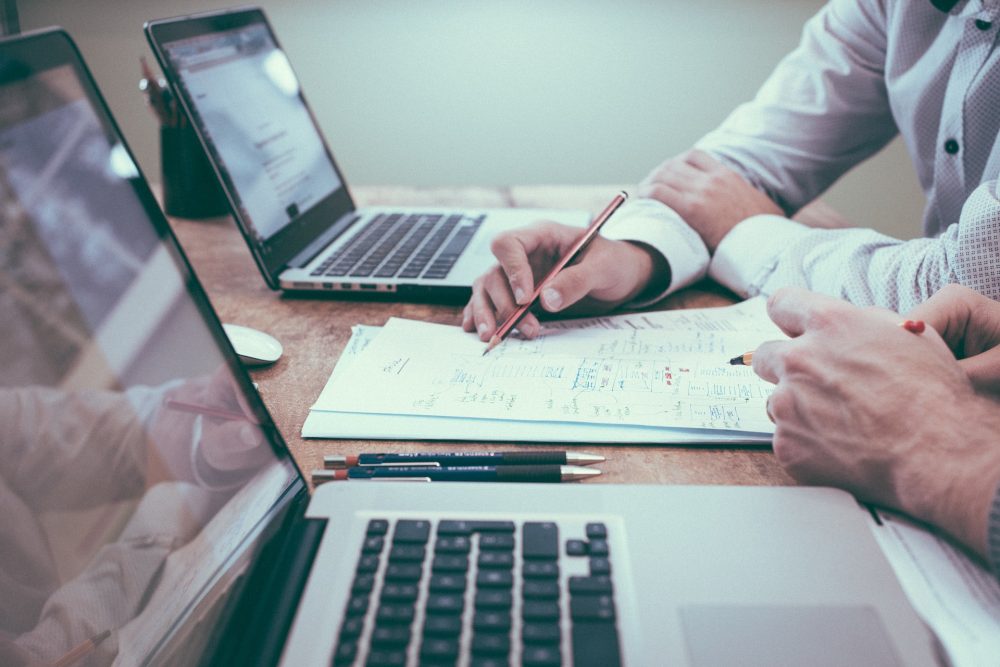 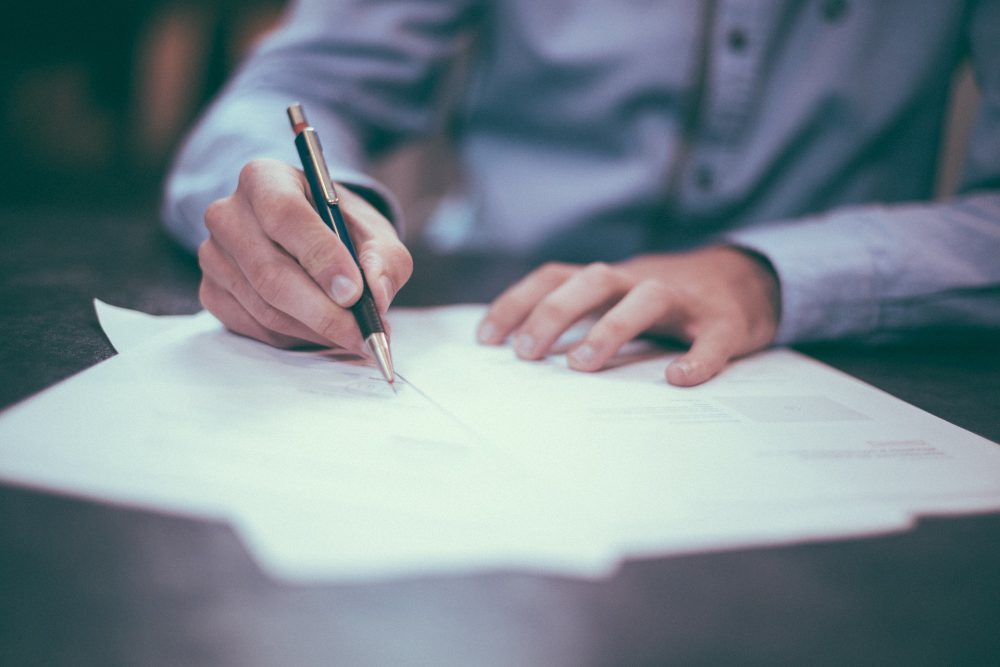